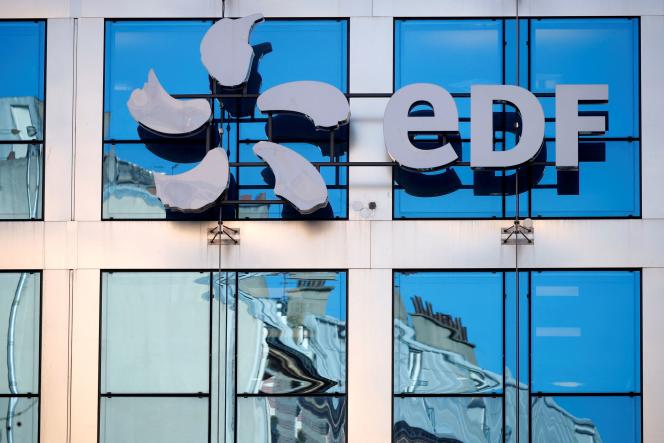 October 2005: the government of Dominique de Villepin undertook the listing of EDF at 32 euros per share; July 2022: that of Elisabeth Borne is preparing to release it at… 12 euros. Tuesday, July 19, just before the opening of the Paris Stock Exchange, the State, which currently owns 83.9% of the energy company, announced its intention to launch a public takeover bid (OPA) on 100% equity. The operation should cost him 9.7 billion euros, according to the Ministry of the Economy, which specified that it did not have to obtain authorization from Brussels on this point. The takeover bid on the 15.9% of the capital remaining to be acquired will be based on an offer of 12 euros per share, and 15.64 euros per OCEANE (convertible bond). Suspended on July 13, after the announcement of the renationalisation, the action had ended the session at 10.22 euros. On Tuesday, it resumed its quotation, up more than 15% at the opening, to 11.75 euros.

With regard to the procedure to follow, the government expects that the offer will be filed by the beginning of September with the Financial Markets Authority (AMF), provided that an amending finance law is promulgated with the appropriations necessary for 2022. “This operation gives EDF the necessary means to accelerate the implementation of the new nuclear program wanted by the President of the Republic and the deployment of renewable energies in France,” declared Tuesday Bruno Le Maire, the Minister economy.

Will that be enough to convince minority shareholders? Some are already up against the price of 12 euros announced by the State. Mandated by certain funds and individual shareholders, Colette Neuville, the president of the Association for the Defense of Minority Shareholders, intends to fight for the State to grant the 32 euros per share that some had invested during the introduction in Sotck exchange. “The fall in prices is largely the result of decisions that the State has taken in the general interest, she underlines. It is not a question of criticizing these decisions, but of finding that it was incompatible with the governance and the rules of a private company”.

Ms. Neuville says she is ready, if necessary, to seize the AMF, so that the latter does not issue its compliance decision necessary for the opening of the offer. For its part, the Energie association, which represents employee shareholders and former employees of EDF (1.5% of the capital, second shareholder after the State), confirmed its intention to “introduce a criminal complaint with the constitution of civil party” against the State for “putting the company in difficulty”. A procedure that should not delay the operation, according to Bercy.