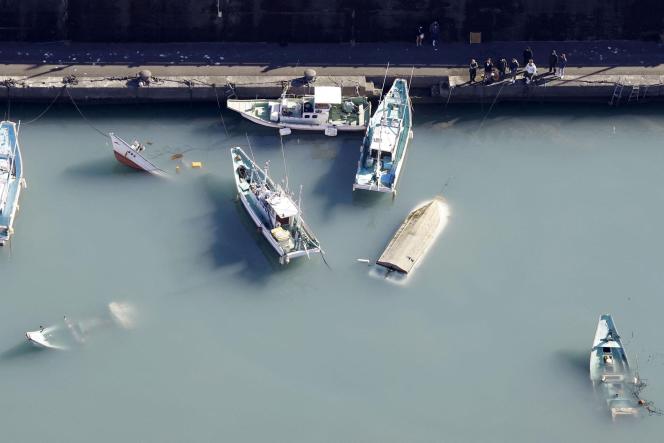 UNESCO has decided to extend its tsunami protection program to all risk areas in the world by 2030, i.e. several thousand sites, the UN organization announced on Tuesday, June 21, during a press conference.

The Tsunami Ready program is currently implemented in “more than 40 communities in 21 countries” located in the Caribbean, the Pacific and the Indian Ocean, said Vladimir Ryabinin, executive secretary of the Intergovernmental Oceanographic Commission of UNESCO. Unesco now wants to “ensure that 100% of coastal populations at risk are ready to react” to a tsunami. This program aims, in fact, to draw up a plan for identifying the threat, raising awareness and preparing the populations to deal with it.

While around 70% of tsunamis are caused by an earthquake – such as the one that occurred in the Indian Ocean in 2004, responsible for more than 210,000 deaths – they can also occur following volcanic eruptions, such as the one that affected the Tonga, in the Pacific, last January.

Risks in the Mediterranean

And while the majority of tsunamis recorded to date affect coastal populations in the Pacific and Indian Oceans, Unesco now considers that all maritime regions are at risk, including that of the Mediterranean. “The probability of a one-meter, therefore catastrophic, wave in the next thirty years is very high there,” Mr. Ryabinin said.

According to Bernardo Aliaga, ocean expert at the UNESCO office, the Greek islands of Kos and Samos are prepared for this eventuality. Alexandria, Egypt has also started implementing the program; Istanbul and Cannes are working on it, he explains.

“The general principle is that where there was a tsunami, there will be a tsunami,” Aliaga said. Like in the Aegean Sea, or like the one that occurred in 1908 in the Strait of Messina, which ravaged the coastal cities. Experts are particularly attentive to the situation around the Stromboli volcano, in the Aeolian Islands, which has the particularity of being very active and close to the coasts of Sicily and southern Italy.

The UNESCO program benefits from the support of the United Nations Office for Disaster Risk Reduction (UNDRR) and the European Union, as well as donor countries such as Australia, Japan, Norway and the UNITED STATES.