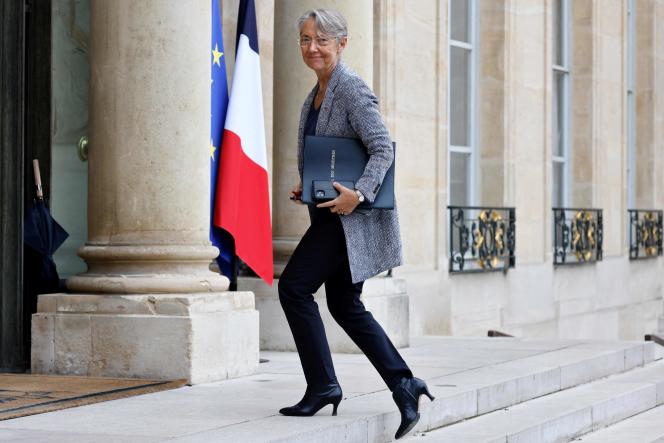 Emmanuel Macron called, Monday, May 23, the government of Elisabeth Borne to engage in a “new action on the substance and the form”, at the opening of the first council of ministers in an atmosphere weighed down by accusations of rape targeting Damien Abad.

“The government that you are forming is above all else (…) a government to act”, launched the Head of State in the preamble, pointing to “an unprecedented context” with the crisis linked to Covid-19, “from which we are emerging in hardly if it is completely over”, the war in Ukraine and “unprecedented challenges” for French society.

“For me, the common thread that is ours is that of progress for our country, for all our compatriots. It is to serve our motto, that is to say a project of freedom, equality and fraternity, but also of secularism. A project that consists of transmitting the values ​​of France and our republic, and embracing new challenges,” concluded Emmanuel Macron.

“It is a government of both continuity and novelty, summarized Emmanuel Macron. With women and men who come from the political formations that brought me to responsibilities in 2017 and 2022, others from different political formations, with this idea of ​​bringing together, of uniting. »

The heavyweights of the first five-year term reappointed to the government and the new faces of the Borne government trod the gravel of the Elysée courtyard on Monday shortly before 10 a.m. The Prime Minister, Elisabeth Borne, paved the way, followed shortly after by Isabelle Rome, the new Minister Delegate in charge of equality between women and men.

Damien Abad, ex-boss of LR deputies in the Assembly, in turmoil since the accusations made by two women against him on Saturday in Mediapart, the day after his entry into government, climbed the steps of the Elysée, an orange file under his arm, glancing briefly at the photographers and cameramen.

With this first Council of Ministers, Elisabeth Borne’s team is entering the scene less than three weeks before the legislative elections of June 12 and 19. Its fate is therefore suspended at the end of the ballot which will define the new majority. Slightly more than half of the members of the government – ​​or 15 out of 28 – are also directly in the running and will have to leave the government if they are beaten, under an instruction issued by Emmanuel Macron, as in 2017. Period of electoral reserve obliges, the members of the government are also forced, from Monday, to be very parsimony in their speeches.

Almost a month after the re-election of the Head of State and three days after the end of the long maturation which presided over the distribution of ministers, the new government met with the main priorities set out by the President on the menu. : school, health, ecological transition, but also the fight against inflation.

Olivia Grégoire, the government spokeswoman, recalled the “three priorities” of the executive during her press conference: “education, health, ecology”, and “an emergency: the power of purchase “. She repeated that a bill on purchasing power “should be adopted before the legislative elections so that it can be presented to the national representation as soon as it is elected”.

“It will be in this text on purchasing power to help all French people to reduce their constrained expenses. I am thinking of energy prices (…). It will be a question of acting on the price of food with the food check,” she said. Olivia Grégoire also indicated that the government would “increase social benefits” through pensions, before adding that “the government will upgrade the salary of civil servants. This will be done with the raising of the public service index point (…) the Macron bonus will no longer be exceptional but permanent ”.

Long questioned by journalists during the traditional Council of Ministers exit press conference, Olivia Grégoire, spokesperson for the executive, insisted on the fact that “the government is alongside those who, following a assault or harassment, have the immense courage to speak out”.

But “the establishment of the truth, it is up to justice to do it”, it is the “only one to have to or to be able to decide”, continued Ms. Grégoire, specifying that the Prime Minister, Elisabeth Borne, s was discussed with Mr. Abad, the Minister of Solidarity, Sunday evening. “She reminded him of his personal commitment to this issue. She told him again that in this case, as in all the others, she will follow the court decisions that may be rendered, “said Olivia Grégoire.

“No other proceedings are underway, to my knowledge, targeting Damien Abad,” the government spokeswoman concluded, declining to comment on “other hypotheses.”