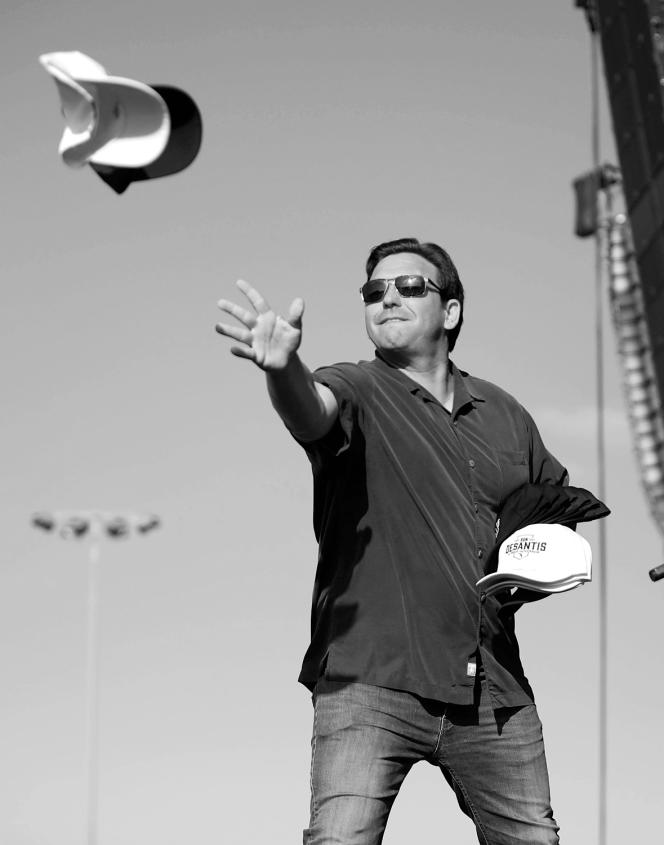 “President DeSantis?” Newsweek headlines Republican Florida Governor Ron DeSantis dreaming of only one thing, moving to the White House. The governor is hosting in his stronghold a cumbersome mentor, Donald Trump, who has taken refuge in his Mar-a-Lago golf course in Palm Beach, from where he hopes to regain the White House. Will 43-year-old Ron DeSantis wait until 2028 if Trump runs again in two years or will he face him as early as 2024 in a possible Republican primary? No one knows, but Ron DeSantis, who has already raised over $100 million, is preparing. And not just for his re-election as governor.

The candidate who surprised everyone

Ron DeSantis did not look like much when he was campaigning to become governor of Florida in 2018. But, supported by Donald Trump, he won to everyone’s surprise against the Democratic favorite, the African-American Andrew Gillum. He actually had all the trappings of a curator. A history graduate from Yale and a law graduate from Harvard, he spent a few years in the Navy. Catholic, he has three children with his wife, Casey, who has just overcome breast cancer. And he does not have the verbal excesses of Donald Trump. At the beginning of his mandate, the governor plays a moderate card, he fights against the green algae which pollutes the beaches of Florida and bans oil extraction.

The governor opposed to containment

At the start of the Covid-19 crisis, Ron DeSantis was one of the few governors to refuse total containment. His popularity rating is falling, as images of young people partying on Miami beaches circulate on social networks. The final toll is not catastrophic: the death rate of Florida, a state with an elderly population, is lower than that of New York State. DeSantis orchestrated a series of court battles to ban mandatory mask-wearing and reopen schools. Ultimately, Florida emerges stronger from the pandemic, as it welcomed 210,000 new residents in 2021, in search of clement skies and lower taxes – only Texas did better. A dynamic favorable to the re-election of DeSantis for a second term of governor, during the midterm elections, in November.

The man of the law “Don’t say gay”

After Donald Trump’s defeat in 2020, Ron DeSantis threw himself fully into the cultural fight, a crucial issue in the confrontation with the Democrats, probably more than the economy. On March 28, he passed a law dubbed “Don’t say gay”, which prohibits kindergarten and elementary school teachers from discussing the sexual orientation and identity of gender. “The ‘Don’t Say Gay’ bill should never have been passed,” said the Walt Disney Group, which operates the sprawling theme park and resorts at Disney World in Orlando. “I don’t care what Hollywood says,” retorted Ron DeSantis, who continued the fight by having Disney’s special tax status in Florida revoked since 1967.